Great article here at CNBC titled “These are the 13 beset jobs to have in 2019, according to the US News & World Report” by Zameena Mejiia. 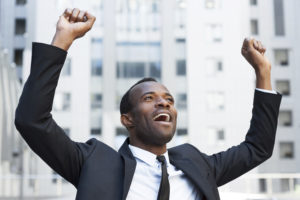 If you’re considering a new job or a career change this year, you may want to take a look at U.S. News & World Report’s ranking of the 100 best jobs for 2019.

The No. 1 job to have in 2019 is software developer, the only tech role to make it in the publication’s top 10. The No. 2 role is statistician. The field with by far the best job outlook this year is healthcare, claiming the remaining ten out of the top 13 jobs.

That’s primarily thanks to healthcare’s low unemployment rates and high salaries. High demand for nurse practitioners, physician assistants and physical therapists is “good news for students and career changers, because it takes less school time and tuition money to prepare for those positions than it does to become a physician or surgeon,” said U.S. News reporter Rebecca Koenig in statement.

The publication analyzed U.S. Bureau of Labor Statistics data to determine which 100 jobs are hiring the most. It then looked across industries and measured the overall quality of each role based on seven factors: 10-year growth volume, 10-year growth percentage, median salary, employment rate, future job prospects, stress level and work-life balance. Several of the jobs on the list earned tying scores.

U.S. News & World Report’s 2019 best jobs list also coincides with other recent findings. One analysis named healthcare a “future-proof” industry, while others named jobs such as occupational therapist and developer some of the best in America.

Meanwhile, several of the highest paying roles, such as physician and obstetrician and gynecologist have above-average stress levels and below-average work-balance. With nearly 40 percent of employees in the U.S. report feeling burned out due to overloaded schedules and lack of career growth, it’s important to note that today’s job seekers aren’t only seeking out bigger salaries.